Projects > Our Lady of Perpetual Yelp 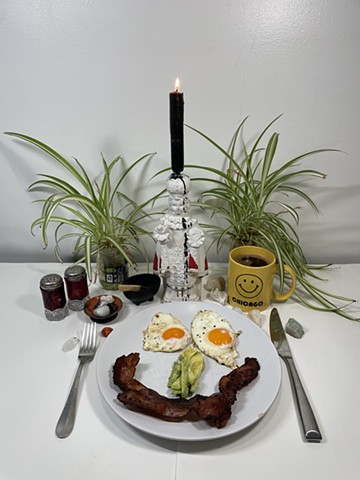 "Finally real southern food in Chicago..... why has it taken me this long to come try Table 52? I have no idea.... The food was amazing (we went for Brunch). The shrimp and grits, mac & cheese, and sweet potato bread were divine!

The food was extremely impressive (from a southerner!), so why 3 stars? the service left much to be desired. While they promised when I made the reservation that we could get out in an hour (friend had a train to catch) - it took about 2 hours and so the train left without her. Stuff was missing, brought out wrong, etc. - and we had to ask for everything (check, to order, to correct our food, where the food was, etc.). We asked one of the runners about another entree and they couldn't answer our question (so either they were new, or didn't like it). But I will say the host staff were great. We had a few changes (people wanted to join once they found out where we were going) and they were extremely accommodating.

I will be back in again at least once more for the food, despite the horrible service.... but probably won't make it a regular spot. If I am paying $60 for brunch (for myself) - I expect the service to be a bit more attentive. So if you have Jonathan as your server - just be prepared for a long time or be more demanding."